Dementia vs Alzheimer’s: What is the Difference?

Dementia is a broad term used to describe a group of conditions characterized by symptoms such as difficulties with memory, language, problem solving, and other brain functions that affect a person’s ability to perform everyday tasks and activities. Dementia is often explained as an umbrella term, with a group of conditions falling underneath the umbrella. Underneath the dementia umbrella are hundreds types of dementia, including the most common, Alzheimer’s disease (60-80% of cases), and others like vascular dementia (5-10%), Lewy Body dementia (5-10%), and frontotemporal dementia (FTD; 5-10%). Adults with dementia can show signs of multiple dementias, called mixed pathologies, or mixed dementia. Many dementias progressive and the greatest known risk factor is age. Although age is the greatest risk factor, dementia is not a normal part of aging.

What is the Difference?

Each person with Alzheimer’s is different, as the plaque buildup impacts each brain uniquely.

Many of the symptoms of vascular dementia overlap with symptoms of Alzheimer’s disease, which can make it challenging to distinguish between the two.

Frontotemporal Dementia, or FTD, is a brain disorder that affects the frontal and temporal lobes of the brain, hence the name, frontotemporal dementia. The primary difference between FTD and Alzheimer’s Disease are the earlier onset, stage personality changes and maintained memory. Compared to the Alzheimer’s Disease, symptoms of FTD are much more likely to occur in adults at a younger age. About 60% of people with FTD are between the ages of 45 to 60, whereas 80% of those with Alzheimer’s are 75 or older. In fact, scientists believe that FTD is the most common cause of dementia is adults younger than 60 years old. Due to the damage of the frontal and temporal lobes, many adults with FTD experience personality changes and/or difficulties with communication. Similar to Alzheimer’s, FTD is progressive and in the later stages can limit a person’s abilities to communicate and care for themselves.

Curious to learn more about FTD through a caregiver’s perspective? We love this interview with Candace Williams who provides care for her mother with FTD.

There is no one test to determine if someone has Alzheimer’s or dementia. Currently, the only way to diagnose dementia with certainty is autopsy. However, doctors can use a series of questions and tests to help determine if a person may have dementia. This is typically done through a series of tests to essentially rule out any other reasonable explanation for the changes the person is experiencing. These tests can usually help a doctor provide a reasonable diagnosis and treatment plan.

It may help to explain the relationship between dementia and Alzheimer’s Disease by drawing an analogy. Let’s use exercise as an example. Please note that these topics, exercise and dementia, are not comparable. This analogy is meant only to help explain dementia vs Alzheimer’s using a familiar example.

Exercise is a broad term used to describe a group of physical body activities. Exercise can be done by walking, running, lifting weights, playing a sport, and hundreds of other ways. Exercising is like dementia, it is the large, broad term to describe many types of conditions (activities) under it. In this analogy, running is like Alzheimer’s Disease, it is one, very common form of exercise (or common form of dementia). Now, running is always is a type of exercise, however; exercise does not always mean running. Just like various forms of exercise share some overlap, like running and walking are aerobic exercises, soccer or basketball both include running, and others, the various types of dementia share similarities. While this is not a perfect example, we hope it helps explain the relationship between dementia and Alzheimer’s Disease.

Due to the impact that dementia and Alzheimer’s have on the brain, many adults with these conditions experience incontinence at some point along the disease progression. When an adult with Alzheimer’s or dementia begins to have accidents, urinary incontinence at night or light drips and dribbles during the day, it is not afflicted individuals’ fault. Dementia has a progress effect on the brain, cause the individual with dementia to slowly change and experience the world differently. There may come a point where the adult no longer recognizes the feeling of needing to urinate, or the person struggles to find the bathroom in time and has an accident. Absorbent products are a great way to keep adults with dementia protected while also allowing the freedom and independence that is so important in the later stages of life.

If you know someone struggling with dementia or Alzheimer’s and need help addressing challenges with caregiving, COVID-19, incontinence, and more, visit our Alzheimer’s Disease and Incontinence Resources page to learn more and find additional resources. At Tranquility, we recognize that caring for someone with dementia is challenging, especially if incontinence is not appropriately managed, and we are here to help through resources, tools, information, and most important, highly-rated super absorbent incontinence solutions for adults with dementia. 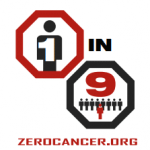 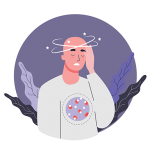 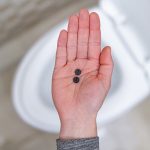 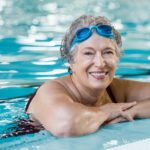